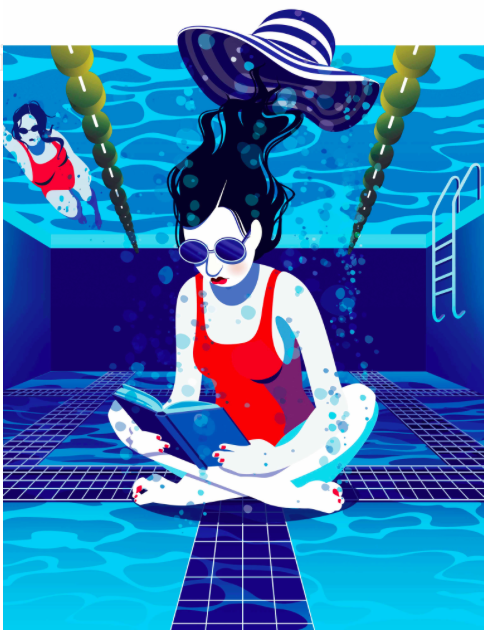 My new novel, The American Girl, comes out soon and I’m getting excited (and a little bit nervous!). I’ve been lucky to have some lovely feedback from some authors I really admire, including Megan Abbott, Lori Rader-Day and Hilary Davidson. It meant a lot to me that writers who have inspired me were generous with their time and read my book and said kind things. Recently, The New York Times ran an article by Alexandra Alter about summer reads with girls in the title. Amongst some books I’m really looking forward to reading – including Emma Cline’s The Girls, Robin Wasserman’s Girls on Fire, Megan Miranda’s All the Missing Girls and David Swinson’s The Second Girl – the article mentioned The American Girl as one of “a number of… compelling novels with partly overlapping titles and themes” due out this summer. You can read it here and see some of the other blurbs and reviews below:

Advance Praise for The American Girl:

“Beguiles from its first fevered pages. We creep tantalizingly closer to the secrets at the heart of the novel–secrets that both shock us and speak volumes about our preconceptions about teenage girls… A rich, captivating novel you simply can’t put down.” (Megan Abbott, Edgar Award-winning author of Dare Me and The Fever)

“The American Girl is a psychological suspense novel written for the 21st century, where threats play out on Snapchat and hashtags lead the way toward the dark and sinister truth. A modern-day gothic tale that will have readers holding their breath until the last page.” (Lori Rader-Day, Mary Higgins Clark-winning author of Little Pretty Things)

“Throughout her novel’s shifts in narration and chronology, Horsley plays the reader as cleverly as she does the characters.” (Kirkus Reviews)

“[This] compelling novel explores the motivations of all the principal characters…. all is not as it seems. The atmosphere of the French countryside adds texture to the psychological drama. Each character plays off another until the final challenging confrontation.” (RT Book Reviews ★★★★)

“…the suspense builds as the truth is peeled back layer by layer. Until the truth is completely revealed it is up to the reader to decide whether Quinn Perkins is a hero or a villain.” (New Mystery Reader)